grab a coffee and give yourself the freedom to read

It's Week 12 of our Underwriting Expert Series, and we are excited to be exploring an overview of Pharmacogenetics with Senior Underwriter, Garen Markarian. Make sure to subscribe to our blog to receive the latest expert series in your inbox.

Why is Pharmacogenetics Important to Life Underwriters?

Pharmacogenetics have the potential to help life underwriters make more favourable and preferable decisions on policies for clients with genetic-specific, tailored treatment for their condition as they present optimal control. Before I go any further, let’s review what pharmacogenetics is.

These studies will have major implications for health care diagnosis and treatment. They have the potential to accelerate the delivery of personalized medicine and, as a result, could transform how life insurance is packaged and approved.

Why is DNA a Critical Component of Pharmacogenetics?

Think of DNA as the information, or the backbone, of pharmacogenetics. DNA contains the instructions required for an organism to develop, survive, and reproduce. In order to carry out these functions, DNA sequences must be converted into messages that can be used to produce complex molecules: proteins. These proteins are responsible for most of the work in our bodies.

Understanding Differences in the Genetic Code

Sequence differences in the same gene are called alleles. If the sequence difference is present in less than 1% the population, the variations are called sequence variants or mutations. Mutations include rare diseases, like cystic fibrosis, sickle cell anemia, and Huntington’s. If alleles are present in more than 1% of heterozygous individuals in a population, the variation is called polymorphism. A single polymorphism is less likely to be the main cause of a disease, and often has no visible clinical impact.

Essentially, two types of genetic mutation events account for all forms of variations. Single base mutation, which substitutes one nucleotide for another (Single Nucleotide Polymorphisms - SNPs), and the insertion or deletion or tandem repeat of one or more nucleotide(s). The most common genetic variants in humans are SNPs.

Some other factors that can contribute to this variation include: age, gender, pregnancy, diet, exercise, disease, infection, occupational exposures, contaminant drugs, cardiovascular and hepatic function, stress, alcohol intake, and smoking.

The impact of DNA variation may include a change in the protein produced by the genetic code. It may also cause a change in protein function or quantity. It may even alter the stability of mRNA (messenger RNA). There is also the possibility that these DNA variations may have no consequence at all.

These outcomes can be divided into four groups when a drug is administered in a clinical trial. Group A will have an outcome that is beneficial without toxicity (side-effects), group B will experience benefits and toxicity. Group C will not benefit from the drug, but will experience side-effects, and group D will not be affected at all. 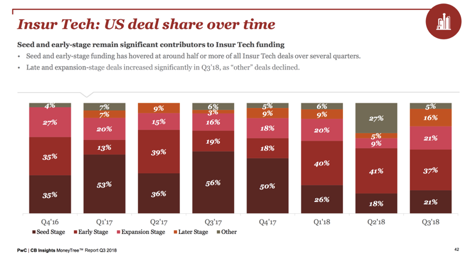 An example of a drug that may exhibit this kind of outcome is codeine. Codeine is used to relieve mild to moderately severe pain, and it belongs to a class of opioid analgesics. In most people, the hepatic CYP2D6 enzyme metabolizes 25% of all prescribed drugs. It converts codeine into its active metabolite, morphine, which provides the analgesic affect. Approximately 2-10% of the population carries two inactive copies of CYP2D6. They are referred to as “poor metabolizers”. On the other hand, individuals who carry more than two functional copies of the gene are able to metabolize codeine to morphine more rapidly and more completely. They are referred to as “ultra-rapid metabolizers”. As a result, even with normal doses of codeine, these individuals may experience the symptoms associated with overdosing. The CYP2D6 is also responsible for metabolizing other drugs such as antipsychotics, antidepressants, and cardiovascular drugs.

Information about one’s genetic make-up can be a rich resource. With DNA information, we are able to predict a person’s response to a particular therapy and the risk of its side effects. Furthermore, identifying genetic variation could have huge cost saving benefits through increased drug effectiveness, increased drug safety, and fewer adverse reactions. This eventually leads us to personalized medicine, where drugs are tailored to a specific genotype.

Pharmacogenetics can be a very powerful tool in achieving personalized medicine. Genetic tests for drug responses and reactions may even become part of regular health care, not set aside in a special “genetic” category. The more we see this in health care, the more likely we will see it in insurance, providing the underwriter with more information to fully understand the effectiveness of the treatment and the impact on the underwriting risk.

What is the ultimate goal of pharmacogenetics and what is the impact of having access to this information? From a clinical perspective, this will help us gain a better understanding of how someone’s genetic make-up can determine how well a medicine works in their body, as well as the potential side effects. If you had an ailment such as asthma or diabetes, and had the option to choose a treatment, ideally, you would want to use the drug with the highest efficacy and lowest side effects? Pharmacogenetics makes this possible and eliminates much of the trial and error, and assumptions involved in treatment and prescribing medication today.

How Will Pharmacogenetics Impact Life Underwriting?

Now that you know the basics of pharmacogenetics and its goals, let’s consider how life underwriters can use it. Suppose a client has a history of asthma and is taking medication for daily symptoms to maintain average control. With a genetic test, the client can identify the exact mutation (Single Nucleotide Polymorphism - SNP), such as Arg16, and target the asthma with a specific treatment for more effective results. This will establish greater control of the airway disease, producing less symptoms, and, potentially a more favourable underwriting decision.

Another condition that may exhibit this type of result is diabetes. Imagine a non-insulin dependent diabetic (Type II) is taking Metformin daily and is obtaining blood sugar levels above 8.0. This average reading could be improved if a genetic test is done that reveals the specific mutation (Arg64), and provides access to an alternate medication that specifically targets this mutation.

Not everyone is created with the same building blocks, which means that not everyone is going to respond to the medication prescribed the same way. For that reason, it’s important for an underwriter to not only consider the drug(s) prescribed but to also assess whether the disease or condition is stable and controlled with the prescribed treatment.

Check out the rest of our expert series on key topics for life underwriters and sign up to get the newest articles direct to your inbox.

Garen joined LOGiQ3 as an underwriter in January 2016. In addition to over 10 years of experience in the insurance industry, he has completed the LOGiQ3 Underwriting Training Program. He has an undergrad degree in Neuroscience from The University of Toronto, and a post-grad diploma as a CRA from The Michener Institute.

see all
Don’t let this be goodbye.
The THiNK Blog is moving, and this article has already made its way to the new location.
Visit RGAX Life Underwriting Hub
×

Don’t let this be goodbye.

The THiNK Blog is moving, and this article has already made its way to the new location.
To read more, check out our new home:
Visit RGAX Life Underwriting Hub
Be sure to subscribe and receive updates directly to your inbox!